Macsa ID has its origins in the company Framun, a manufacturer and distributor of rubber stamps that was founded in Manresa in 1908. In 1983, taking advantage of the latest advances in coding and marking technologies, it was established as an independent line of the company, dedicating itself to the sale, supply and service of coding products for Spain. In 1989, Macsa ID started to investigate the potential of laser coding and marking technology in Spain, and subsequently, in 1995, its role as industry leader in terms of marking and integration of coding systems had already been consolidated. From 1996 onwards, the equipment developed by Macsa ID began to be distributed in Germany and after only a decade was present in 18 countries worldwide. Since then, the continued progress of the company has allowed annual and biennial launches.

In 2007, the new F-9000 Fiber laser was launched and, after a couple of years, a double launch: iCON, the first small-sized laser encoder and the fastest coding laser in the world, the KIP 107.

In 2012 the coding, marking and identification process was centralised with the Integra Optima software, in addition to launching the Nano laser, a compact and affordable industrial laser and the K-1000 HPD for pre-cutting and micro-perforation.

In 2013, the market's most versatile labeller was launched, idBlocks, the modular label printer available to mark boxes, sacks or pallets. After a couple of years, two very important lasers currently in the range of lasers offered by Macsa ID, saw the light: the new iCON2, the renewed version of the legendary Macsa ID iCON, and the first modular laser, the SPA. Inkjet and high resolution marking also arrived in the form of idJET and idTIJ, two products by Macsa ID which mark on all type of materials and applications in a single colour.

The opening of the new subsidiary in the United Kingdom in 2017 was also celebrated by launching the new range of industrial lasers and work stations, a perfect combo to make a name for itself in the coding industry. 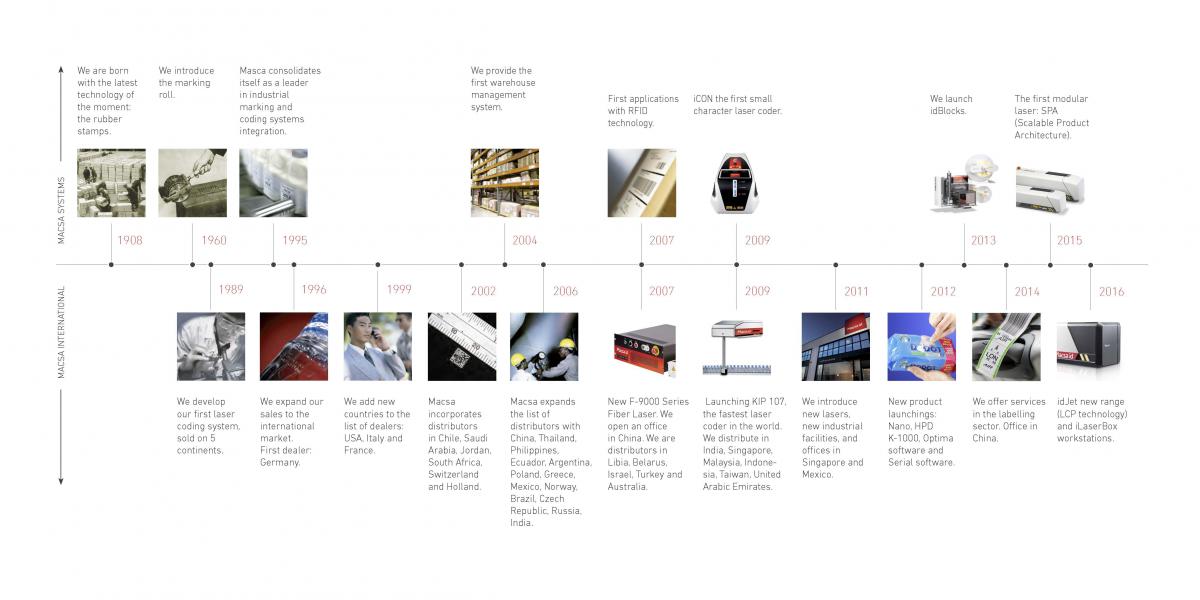