Macsa ID all over the world: internationalisation as part of the company’s philosophy.

Macsa ID‘s international expansion has been part of the company’s DNA since its beginnings, and as a result, its products are now distributed in more than 70 countries, making it one of the leading companies in the international technology sector for traceability and coding.

Specialised in developing and producing laser equipment, Macsa ID holds a competitive position among the multinationals of the sector. Proof of this can be seen in various globally-renowned patents, a result of its commitment to ongoing investment in R&D.

Macsa ID is the only Spanish company to manufacture laser marking equipment, and was also the first in the world to develop a dynamic laser for coding on production lines. This dynamic laser has been patented throughout Europe, the United States and Japan. 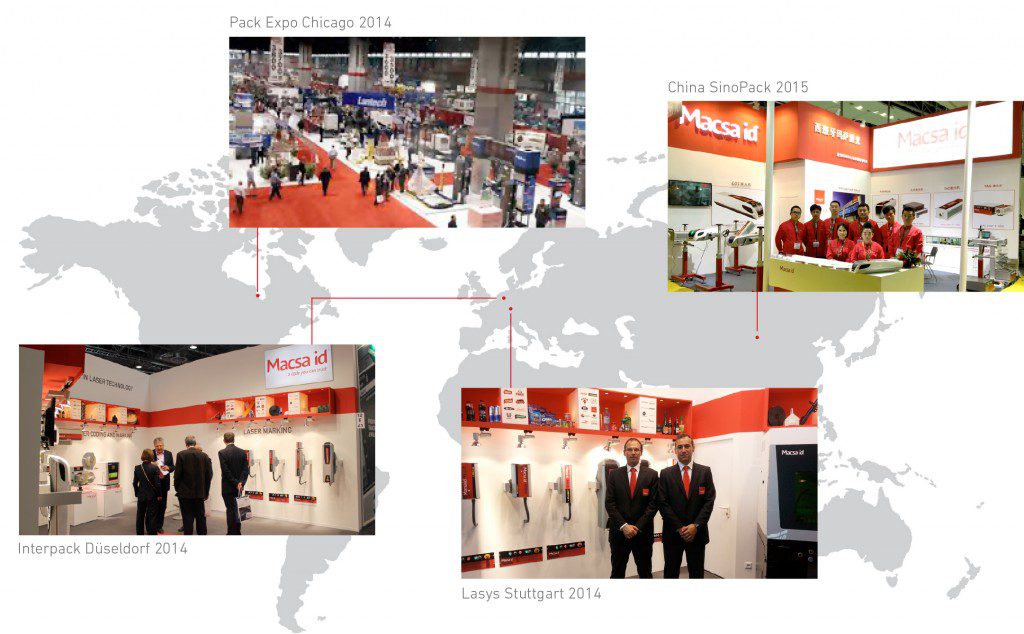 The company’s extraordinary results are thanks to its high market penetration in countries in Southeast Asia such as South Korea and China, where MACSA has top-level agreements with companies including Samsung, LG and Hyundai. It also holds a solid position in the major European countries and the USA.

Coding, identification and traceability requirements have been evolving steadily from the early 20th century to today. MACSA ID has been a witness to and a pioneer in all of these changes since it was founded in 1908, always remaining at the forefront of technological innovation.