Before we get into the explanation of how 3D Laser systems for product marking and coding work, the basic concepts and working principles of a 2D laser should be discussed.

4. Creation of 3D messages with Marca

The method that is typically used in laser systems utilizes an optical system of galvanometric scanners. Because the laser beam has no mass, limitations on speed and accuracy are imposed by the movements of the mirrors that guide the laser beam.

Beam control is achieved using a set of two X-Y mirrors connected via an axis to the galvanometer scanners, which is in turn controlled by drivers receiving signals from the laser CPU. This provides a pair of polar coordinates converted to Cartesian coordinates by positioning the laser beam in an X-Y plane.

The beam exits through the opening of the laser tube and is directed at the marking surface via the mirrors and focal lens.

Each movement of the mirrors corresponds to one of the axes (X or Y) and is positioned according to the X-Y coordinates of each of the points of the printed message.

These galvanometric scanners have built-in mirrors that reflect the laser beam onto the marking surfaces. The mirrors have a high reflectivity index at the particular laser wavelength to provide maximum beam power.

In the case of dynamic marking, the mirrors follow the product as it moves down the production line while the message is being marked. 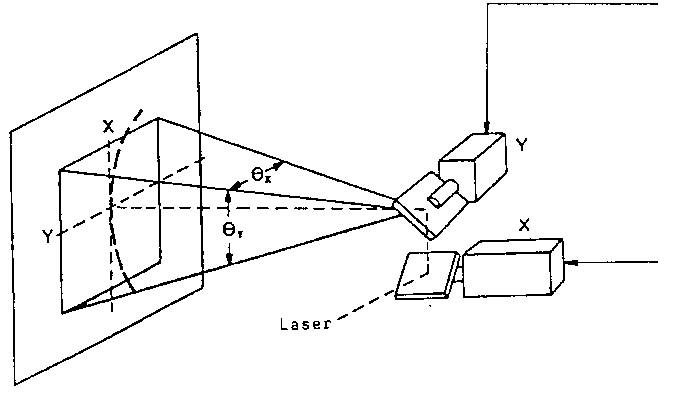 Figure 1: Example of an optical system with galvanometer scanners

For 3D marking currently there are different technologies, but these can be divided into 2 main groups:

These optical systems in 3D laser marking heads entail the introduction of a new displaceable lens in addition to one, two or more fixed focal lenses. These lenses are placed in the optical path between the laser tube aperture and the X-Y galvanometric scanners.

The usual operation of these systems is as follows:

The laser beam exits the laser tube aperture and hits the displaceable lens. The function of this lens is to shift the laser focal spot around the focal plane by moving along an optical axis. This causes a change in the divergence angle of the laser beam.

Once the laser beam has passed through the displaceable lens, it passes through one, two or more focal lenses that deal with focusing. It then reaches the laser deflection unit, which is where the X and Y galvanometer scanners are located. As already explained above, the task of the scanners is to guide the laser beam on the X-Y plane.

To achieve high performance 3D marking, in addition to having a system with the components explained above, we will need the linear lens shift system to have a number of characteristics.

For example, the lens displacement speed performance has to be very high, since the 3 axes (X, Y, Z) have to be coordinated to achieve perfect 3D marking.

To attain good performance for linear lens displacement systems, different technologies have been explored. A few of these are explained below:

It works in the same way as galvanometers that control the motion of X-Y scanners. A galvanometer is based on and works like an electric motor.

Displacement systems can have 2 galvanometers, one on each side for higher speed performance.

These are motors that base their operation on the same physical principle as traditional rotary motors, but instead of having a rotary motion they have a linear motion due to the arrangement of their components.

These motors are considered linear but follow the piezoelectric principle in operation. This principle uses the deformation experienced in some materials when an electric current is applied to them. This deformation is converted into an ultrasonic vibration that moves the motor forwards/backwards.

This motor is based on a copper coil energized by an electric current and placed inside a magnetic field generated by permanent magnets. The force generated by the coil is proportional to the magnetic field and to the direction and magnitude of the electric field. As there are no components in contact, there is no wear or friction and it is suitable for high speed applications.

All these linear lens displacement systems will normally be controlled by drivers connected to the central CPU of the laser system.

In addition to the above, depending on the application of the 3D laser marking system, an F-Theta lens may or may not be included. The function of these lenses is to ensure the same focal length over the entire marking area.

The 3D technology we are going to explain below is based on physical properties to control the Z-axis.

The electrically focus-tunable lens is a flexible lens that can change its shape. This lens consists of a polymer membrane surrounded on one side by a type of liquid and on the other side by air. Finally, it is encapsulated by protective glass.

The lens works as follows: If the pressure difference between liquid and air is altered by means of an electromagnetic actuator, the radius of curvature of the membrane can change.

In the marking head, these tunable lenses are positioned between the laser tube aperture and the X-Y galvanometer scanners. Their function in the optical path is the same as that of the displaceable lens, i.e. to control and change the position of the Zaxis.

As in the previous case, depending on the application, an F-Theta lens may or may not be added at the end of the optical path.

If it is added, its function is to ensure the smoothing of the marking area and the function of the tunable lens is to change the divergence of the laser beam to achieve a focus shift in the Z-axis.

If the F-Theta lens is not added, the two functions discussed above must be performed by the tunable lens.

The tunable lens is controlled by a driver connected to the laser system’s CPU and allows real-time control in conjunction with the X-Y scanners to achieve perfect 3D marking.

Apart from laser marking for 3D objects, it is sometimes necessary to control the Z-axis but at lower output, for example when marking an object with different planes at different heights.

For these applications there is also a wide range of technology, but we will describe the most commonly used ones:

The basic principle of this technology is the same as in 3D displaceable lens laser systems. In fact, the operation and arrangement of the optical components inside the marking head is practically the same.

The big difference between these two technologies is, as mentioned above, the performance it gives, so the displaceable lens systems for focus shifters normally use a single galvanometer because the application speeds are much lower.

This technology is different from that described above. As the name suggests, the Z-axis is controlled externally, i.e. outside the marking head of the laser system.

In this application, the laser focal length is always the same since the laser beam is static in the Z-axis, but it is the external Z-axis elevator that moves up/down.

For more precise applications, the elevator may be controlled by a servo motor connected directly to the laser CPU to receive position signals.

4. Creation of 3D messages with marca

The software in question has an option for editing and designing messages for 3D shapes.

The 3D message design is very similar to the 2D edition. The message to be marked is created with the standard software editor. As in 2D message editing, you can add shapes, text, user messages, images, date or time fields…

The difference comes now. In the standard case, when we created the message, we could already save it or print it directly without taking any further steps. In the case of 3D design, once the message is created in the standard Marca editor, we must map the 2D objects created to the surface of the 3D objects. For this reason, first of all, the 3D objects will have to be imported/created in the software.

To edit and design a message on a 3D object, follow the steps below:

In addition to the range of geometric shapes in the 3D window, it is also possible to import your own STL files (3D shapes) to perfectly map the marking onto the surface of the product. 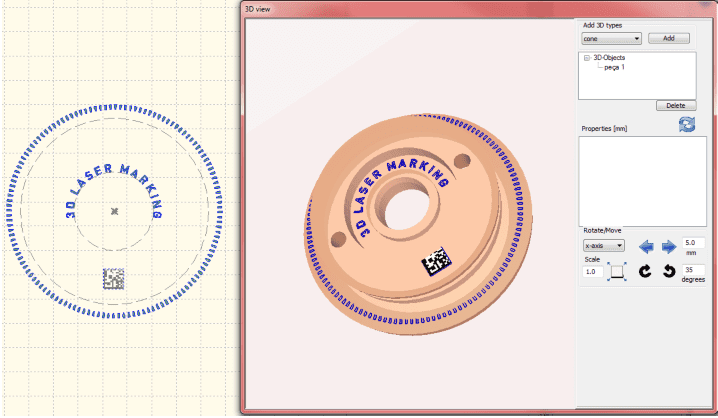 Figure 5: Message created in the standard editor and 3D window with the message mapped onto an imported 3D object